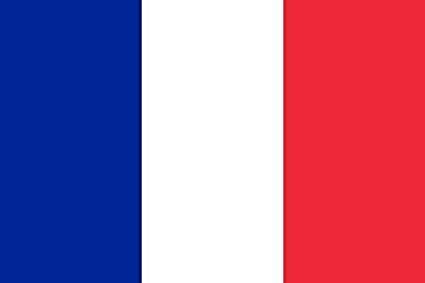 For you to discover the Zalem Signature Didgeridoo nothing better than to talk to you about the creation of the very fisrt one ZS01. Just as if we were doing an interview between Zalem and me, we tell you everything !

- How did you the idea of a signature didgeridoo with Zalem came to life?

(Julien) - It was after testing a C in Bubinga in Bu that I made, with a bore already quite wide, something like 4.4cm after the mouthpiece, Zalem asked me: "So, when are you making one with a larger air column?" He said it fast and were kinda joking but it stayed in my head. And a few days later I replied: "No kidding, I thought about it and it can be an instrument full of challenges for me and an opportunity to improve crafting" Then I asked him what would be the characteristics for his ideal didgeridoo. He found it interesting from the start and thought about it too. He said: "I'm interested in participating in a kind of signature didg, based on my desires and my style of playing. A didgeridoo perfectly suited for me. Let’s do something like that? And the beginning of the project was there.

- Zalem, what kind of the sound, playability and visual did you want for this instrument?

(Zalem) - For me, the main thing was to obtain a didgeridoo that would allow to best exploit the most characteristic elements of my game: "wobble" breaths, integration of beatbox, and overlaying "layers" of different sounds. Only a wide air column can achieve such a result. I wanted a very balanced didg, with strong bass, for a stable drone, powerful, but that leaves all the necessary space for a good expression of the midrange and treble. You had to take into account my beatbox style, which requires little compression and a great possibility of definition in all the sounds I want. And even if I'm not a great toot player, at least the first one had to be quickly accessible, stable and defined. Visually I like relatively straight and simple didgeridoos with only a few details from here and there that would recall a natural branch. And above all, we wanted to do a C.

- Julien, what constraints did you draw from these specific requests and what difficulties did you encounter?

(Julien) - So I had to create a straight didgeridoo, with a "branch" look in some places, not too heavy of course and not too big either, to remain pleasant to see and handle, but not fragile of course. For the air column we wanted something very wide, it was the basic idea, the initial motivation. The diameter after the mouthpiece would be greater than 5cm. We decided it together after a few proposals I made. For the features that Zalem asked for I quickly knew what I was going to do: Push a bit further the design of a didgeridoo I normally craft in the key of D. This is a didg that I had created for the same approach of the game, for the same characteristics, but not as developed of course. To go further we had to answer the question: how far could I enlarge the air column without losing in playability and sound quality?

The first difficulty was to find the right proportions for the didg. Then we had to find a piece of wood quite wide and thick in a suitable kind of timber. For this didg I wanted a dense wood, that would not vibrate too much and that would manage to compensate for the strong amplitude of bass. I know that Rudi likes cherry wood a lot so I wanted to stick with fruit trees. So we chose Pear tree. To do this didg and dig this air column takes a lot of wood and there is a lot of material to remove! The other difficulty with this didg was to create a good balance between the bass on one side and the midrange and the trebles on the other. If the trebles are bright and thine and allow very precise sounds and if the mediums sing but the bass cover the whole thing and that’s what we hear the most the we lose all the interest of such a didgeridoo. The last difficulty was the first toot access. Obviously, it is not an instrument made to develop a game loaded with toots, neither its shape nor its compression invites you to do so. But the gap between the drone the first and second toots allows for intuitive play and gives an interesting tone to the instrument. The first overpressure required work to make it easy and fast to access despite the width of the column and to be well defined.

- What result did you get?

(Julien) - The result is a surprising didg when you first try it. It’s disturbing at first because the bore is wide and requires a good control of your breath and the vibration of the lips. But it quickly becomes natural, easy to play and finally really addictive. The sound landscape of the instrument is very very wide, there is really a lot of space between the bass, low midrange, high midrange and finally the trebles, but despite all of that everything is very well linked together. I was making another C at the same time, with a more "classic" configuration, that already offers a very wide sound and a lot of harmonics, and it seemed narrow and almost bland compared to the Signature Zalem. The "layer" approach is natural with this instrument. He's captivating. Of course, it’s above all a didg made for solo playing. Because it is so present over the entire spectrum it takes up a lot of space in a mix.

- What observations for Zalem's game ?

(Zalem) - What struck me first was its size, wow! This is exactly the didg I would have dreamed of! Second observation, it is extremely easy to play, everything works easily. So it pushes me to push everything further. I learnt a lot since I explore it, and it is true that it is additive ... He has what I'm looking for in a Didgeridoo: freedom... It is an extremely pleasant sensation to feel that my lips have space to move to reach many nuances, while having the security of not losing the drone. Because that's what's crazy about this didg, it's very wide but the back pressures remain important. We remain "glued" on the didg, so we can go very far in experimenting with sounds, and variations of pressure. Another interesting point: the wobbles are powerful! The balance of the frequency spectrum makes the breathing sounds (WA) have a lot of deepness, and gives the possibility of sculpting them, combining them with harmonics of the tongue or the jaw ... Last and not least: the air column is so wide that it is really possible to fit beatbox sounds while keeping a nice vibration. It is a didg that requires of course a good control of the drone, of breathing and articulating, but its possibilities are infinite. It’s an instrument that one can make “talk” and alone can play the role of a bass, a drum and a synthesizer ...